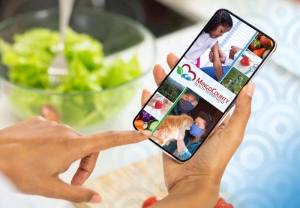 What is General Sanitation and Who Permits their Facilities?

Permits are issued on an annual basis for the period July 1 to June 30 following submission of an Application for a Permit to Operate and proper fees.  All General Sanitation permits to operate expires at midnight on the 30th day of June following the date of issuance.  Mass gathering permits are issued for the period of the event.  New general sanitation establishments must submit pre-operational plans and receive and submit for inspection to the Mingo County Health Department before issuance of initial permit.  General sanitation establishments are inspected annually except schools which are inspected bi-annually (see A-17 Frequency of Inspections and Sampling).

So, How does the Owner or Operator have their Facility Permitted?

First, before an Owner or Operator may construct or extensively remodel a structure for the purpose of operating a facility governed under Legislate Rule 64CSR18 General Sanitation, the owner or operator shall submit plans and specifications for the construction, remodeling, or conversion to the Mingo County Health Department for review and approval at lest forty-five (45) days before construction, remodeling, or conversion is begun.  This does not apply to colleges and universities or to public restrooms unless the public restroom is included as part of the facility governed by the health department.  Once completed plans are received by the health department, the review of the plans shall not exceed forty-five (45) days.

In Mingo County, WV any applicant for a facility from the list of General Sanitation categories that has not yet been permitted, a new permit, being renovated, or has a change of ownership must fill out an application and submit to the Mingo County Health Department at least fifteen (15) days before the actual or proposed operation of the facility.  The prescribed application follows:

All one-page Applications to Operate a facility governed under the list of General Sanitation categories must be completed and submitted to the Mingo County Health Department with the appropriate fees for permit as set forth in Legislative Rule 64CSR30.